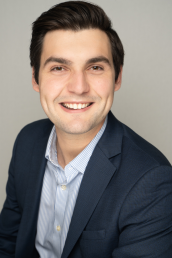 Fully Promoted, West Palm Beach, FL, announced the appointment of Andrew Titus as its new brand president. Titus, who also serves as executive vice president of development for United Franchise Group (UFG), will leverage his extensive franchise sales and development experience to accelerate the growth of Fully Promoted, both in the U.S. and internationally, as well as increase franchise owner revenue systemwide.

Titus is the youngest son of Ray Titus, CEO of UFG (of which Fully Promoted is an affiliated brand). Andrew Titus has grown up in the franchising industry and in the family business, doing many different roles over the years. His first job was power cleaning the UFG office building before he began working part-time as a franchise development representative for the company. He continued to rise through the ranks, holding positions as a regional manager, regional vice president and, eventually, his current role as executive vice president of development.

Throughout his tenure, Titus has set record-breaking sales milestones and developed a reputation for dynamic, results-driven leadership which he will apply to his new role.

Titus takes over the helm of Fully Promoted from Michael Brugger, who served the brand for many years. As a valued member of UFG’s executive team for nearly three decades, Brugger will take his passion for real estate and transition to a new role as president of franchise real estate, a client-driven full service commercial real estate firm that oversees real estate support for UFG affiliated brands and other franchise concepts.

“2022 will close as a record-breaking sales year for Fully Promoted with numerous franchise locations exceeding their goals and experiencing strong year-over-year performance," Ray Titus said. "The brand’s compounding success over the years has put it in prime position for significant growth, and Andrew possesses the sales-driven skillset to take Fully Promoted to new heights. We’re so excited for the future of Fully Promoted and all that Andrew will accomplish in his new role as the brand’s President.”

Andrew Titus assumes his new role on the heels of a remarkable year at Fully Promoted. The brand was recognized among the franchising industry’s most prestigious accolades including Entrepreneur magazine’s 2022 Franchise 500 and Franchise Times’ Top 500 rankings. Fully Promoted was also named as one of Franchise Dictionary Magazine’s 2022 Game Changers and was the bronze winner of a FranchiseHelp Award in the Established category.

“I couldn’t be more excited to take over as president of Fully Promoted and continue the growth of this outstanding brand in terms of franchise development," he said. "As executive vice president of development for UFG, my No.1 priority has always been, and will continue to be, franchise owner success and driving strong unit-level economics. I look forward to leading Fully Promoted through its next phase of growth and working alongside franchise owners to take the brand to the next level.”