Galaxy Balloons Inc., Cleveland, announced that Les Dorfman, BASI, a 40-plus year industry veteran, has been named as the company's new president, succeeding Terry Brizz, MAS, founder and president of Galaxy for more than three decades. Brizz's retirement will be effective Jan. 31, 2023.

Dorfman grew up in the promotional products industry, first with family-owned AITG Inc., starting in 1979 and eventually rising to president and CEO of AITG when it was sold in 2008. Since then, he has been executive vice president of three major promotional products companies, and brings to Galaxy tremendous domestic and International experience.

"I am extremely happy to have been selected to continue the legacy of success that Terry Brizz started at Galaxy over 30 years ago," Dorfman said. "Galaxy is more than balloons, and we plan to grow our existing product line with new product categories. Post-COVID, Galaxy is in a perfect position to expand into a Top 40 industry supplier. I'm thrilled to be working with such great employees, sales reps and company management to reach immediate and future goals." 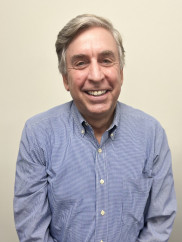 "My retirement brings mixed emotions," Brizz said. "The promotional products industry is such a fun and exciting industry. Over the years, I have had amazing experiences starting and growing our company, while also meeting many wonderful lifelong friends. We are excited to bring Les Dorfman on board as Galaxy's new president, and I know Les will carry on our tradition of outstanding service."

Brizz has been deeply involved in the promotional products industry, serving on numerous PPAI committees, including as Chairperson of the Supplier Committee, Supplier Relations, Advertising and Public Relations, and an RAC delegate. Brizz was the founder of the Mid-America Rep Association (MARA), a co-founder of the Principal Connection, a Past-President of the Specialty Advertising Association of Northern Ohio (SAANO), and in 2004 was inducted into the OPPA Hall of Fame.

In addition to his work with Galaxy, he is an adjunct professor of entrepreneurship at Baldwin-Wallace University, and a senior fellow at the University of Akron I-Corp Program.

In retirement, Brizz plans to continue his involvement with both universities, along with charitable endeavors and work on his golf game.