Spring is right around the corner, but winter is coming as Game of Thrones nears its season-eight premier date on April 14. In the meantime, HBO has a new surprise for anyone looking to get their hands on anything and everything GoT-related. The network collaborated with Adidas for six limited-edition Game of Thrones Ultraboost 4.0s, and fans will want to mark the release on their calendars. 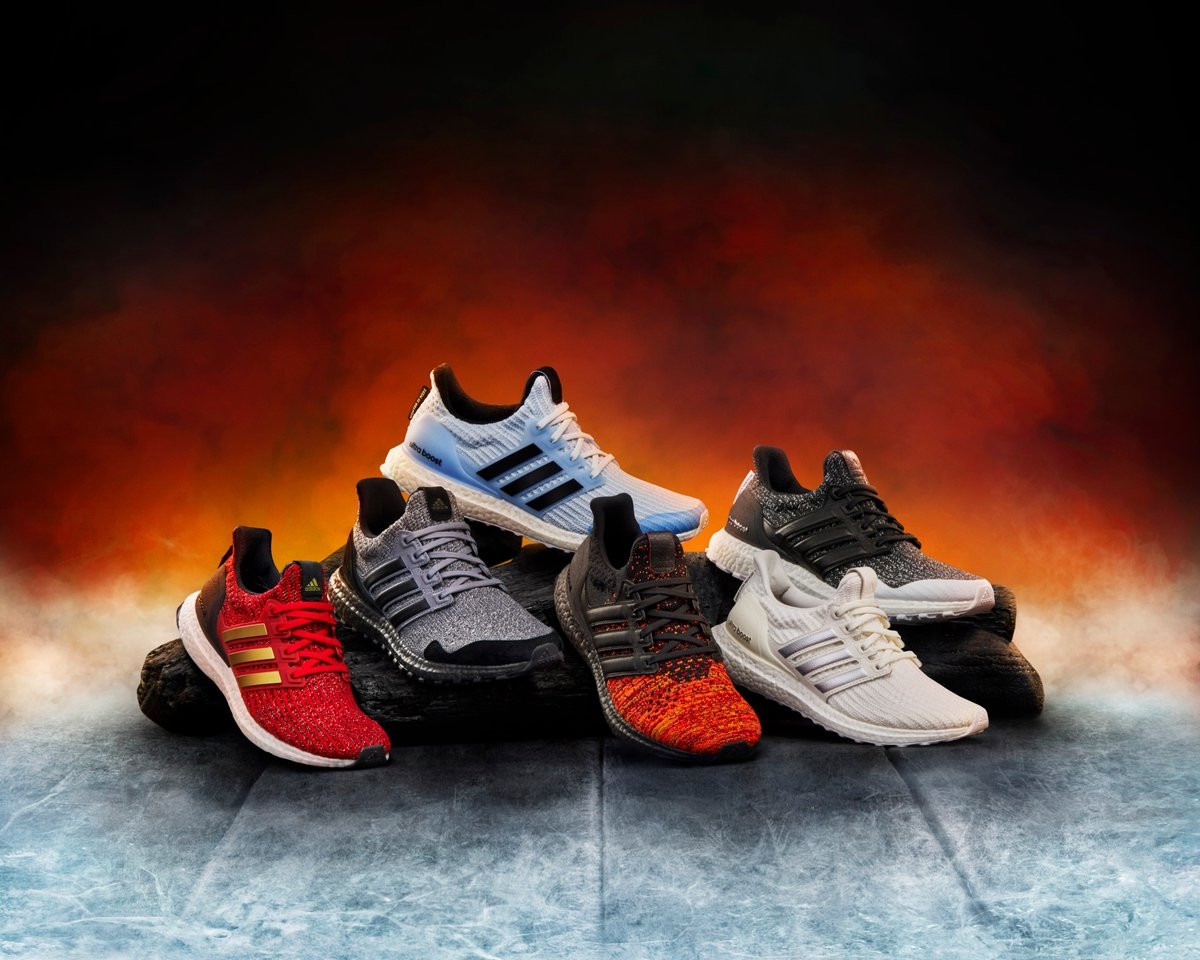 Each style represents a different element from the show. Here's how Highsnobiety described it:

Comprising six Ultraboost 4.0s, the collaboration nods toward Game of Thrones characters, houses and plot moments, from the ancient and terrifying White Walkers to Daenerys Targaryen’s ferocious fire-breathing dragons. On top of the half-dozen colorways referencing the Night’s Watch, the White Walkers, House Targaryen, Daenerys’ dragons, House Stark, and House Lannister, the story continues with features such as printed sole inserts and heel tabs featuring maxims like "Winter Is Here" and "Hear Me Roar.”

So, if part of your New Year’s resolution was to get to the gym more often—or maybe you’re just on the hunt for a new pair of sneakers—these GoT shoes came right on time. Not only do the vibrant colors stand out, but the sneakers also feature sweet design elements like the dragon on the House Lannister shoe tongue. Plus, the tags are carefully created in GoT themes. Since the collection is available March 22, fans can enjoy their pair (or pairs) before the show's surely epic final season debuts. What could be better than that?

Back in October, we covered HBO’s collaboration with Johnnie Walker and its creation of the “White Walker” Game of Thrones whisky, which ended up being a huge hit. This limited-edition collection could find similar success, if early fan reactions are any indication.

One user tweeted, "I need those white walkers like yesterday."

And, of course, someone created a meme, because it's totally #MemeWorthy.

Branded footwear has been a big thing lately, and we’re starting to see what works (and what doesn’t) when it comes to what end-users are interested in buying. For those looking to dabble in promotional footwear, the items allow plenty of options for customization. These Game of Thrones Take advantage of more than just the outside of the shoe when it comes to decoration ideas.