Geiger, Lewiston, Maine, hosted its annual Geiger Galleria education, networking and sales conference on July 28-29 virtually for the first time. The motto for this year’s event was "Push Harder, Climb Higher, Go Farther." Almost 300 salespeople and associates from around the country and the U.K. attended each day to learn new sales tactics, network with their peers and hear inspiring and informative keynote speakers.

“Whether in person or virtually, you can’t fake great content,” said Chris McKee, senior vice president of sales and marketing for Geiger. “Galleria has always been about bringing together a mix of ideas from a variety of backgrounds from inside and outside of the industry. This year was no different.” 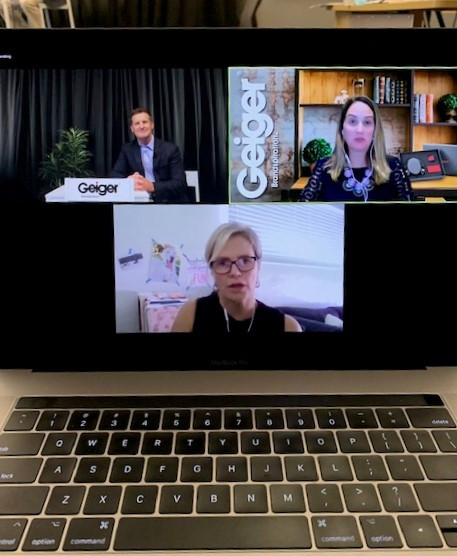 The event kicked off with dynamic presentations from Caryn Kopp of Kopp Consulting on getting the first meeting with a client; David Nicholson, president of Polyconcept North America, on the supply chain forecast, and peer discussions on prospect generation and client presentation tactics. The second day featured Tom Armstrong, retired chief merchandising officer and senior vice president at L.L. Bean, presenting on Seven Imperatives for Excellence; and Jo-an Lantz, Geiger president and CEO, discussing Geiger’s financial outlook, and the benefits of ambitious goal-making, fearless pivots and making wellness a priority.

“You must try to triumph, anticipate demand and take advantage of our resources to capitalize on opportunities," she said.

The event culminated with awards, where the East region claimed the Region of the Year award for exceptional growth, acquisitions and superior service. 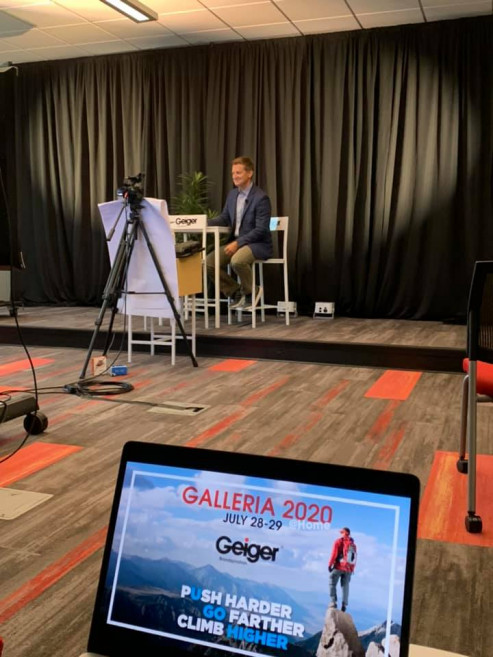 This year two new awards were presented: The Pivot Award for most PPE sales went to Connie Mandula; and the Ambassador Award for best representing the Geiger spirit of collaboration, teamwork and support went to Brian and Sonya Beam. The Ambassador Award was particularly meaningful since the winners were nominated and voted on by their peers.