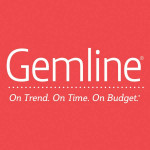 Gemline, Lawrence, Mass., announced that it has formed a partnership with New York City-based Society Awards.

"This is a warm relationship, a meeting of the minds," said David Moritz, president and founder of Society Awards. "Together, we're going to bring that star power through distributor networks to corporate America."

"Society Awards is an exciting addition to Gemline's product portfolio," said Bret Clemons, vice president of sales for Gemline. "[…] The addition of Society Awards enables us to offer more branding opportunities to our customers."

Society Awards makes the awards for many of entertainment's famous shows, including the Golden Globes, Emmys, MTV Video Music Awards, American Music Awards, Dancing with the Stars and many more.