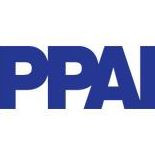 Paul Bellantone, CEO of PPAI, remembers a quote that someone once told him: "Gentle pressure, relentlessly applied."

It's a mantra he's come to relate to the PPAI's Legislative Eduction and Action Day (LEAD). This year, more than 80 members of the promotional products industry descended on Washington, D.C., to speak to legislators about the pertinent issues to the industry.

This year, one of the hot-button topics will be the Border Adjustment Tax (BAT). While, according to The New York Times, the Trump administration has supposedly dropped support for the 20 percent tax on imports, the possibility of the legislation rearing its head at a later date isn't a risk many industry members want to take.

While Bellantone said PPAI didn't plan the event around the BAT, the timing made it a relevant point of conversation.

"There are two things that concern us about [the Border Adjustment Tax,]" Bellantone said. "Ultimately, it's going to be passed on to consumers. If all the products that come into the industry are increased in price by 20 percent, a couple of things are going to happen: Buyers are going to either buy less product, or they're going to go to a marketing vehicle that doesn't have that 20 percent surcharge. It really increases our cost per impression if they have to pay 20 percent more. Specifically, people might spend less on promotional products, or buy cheaper promotional products. But, even worse than that, they might not buy promotional products at all."

He added that not everyone in the industry is on the same page that the Border Adjustment Tax could be harmful for the industry, but he feels that the association has the responsibility to educate its members as much as possible, giving them the information to decide for themselves.

"We don't tell our members what to do," he says. "We do try to inform them of what we think will be helpful in the industry. But, the beauty of a democracy is, as easy as it is to send an email to your legislator saying, 'Don't do this,' they can just as easily say, 'Do this. I support the Border Adjustment Tax.'"

Also on the PPAI docket for discussion, attendees will talk about changes in legislation surrounding deductibility of advertising expenditures. As it stands now, corporations can deduct 100 percent of advertising expenditures in the year they're spending the money. But, new legislation could change that to 50 percent in the first year, and the remaining 50 percent over the next five years.

"We don't want that, obviously," Bellantone says. "We want companies to be able to deduct their marketing expenses in the year that it's incurred."

And, if you ask Bellantone, the single most important aspect of the event is the huge number of volunteers who gave their time for the cause.

"The message that I would like to convey is how appreciative we are of the volunteers that come out here," he said. "This isn't an ending point. This is building a relationship with the legislator that they can take back home. It's really about our volunteers and the good work they do for the industry."

The volunteers on site have approximately 250 legislative visits planned with members of Congress over today and tomorrow.