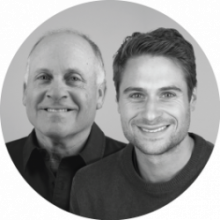 In a move to preserve and ensure Genumark’s continued leadership in the merchandising industry, Mark Freed felt that the time was right to officially implement the company’s second-generation plan.

“We have been working towards this day for several years in conjunction with our long-term vision," he said. "Whether on purpose or not, Mitch has been training for this role his entire life and is ready to lead the daily management of our company. I look forward to continuing my focus on strategy, financial oversight, community initiatives and collaborating with Mitch as he leads our amazing team."

Prior to joining Genumark in 2017, Mitch worked as a strategy consultant in KPMG’s management consulting practice and was the co-founder and general manager of an experiential entertainment company. Most recently, Mitch led the Genumark sales team as executive vicepresident of sales a strategy. He also quarterbacked Genumark’s acquisition of Rightsleeve Marketing in 2019. Mitch holds an MBA from Northwestern University’s Kellogg School of Management and an HBA from Western University’s Ivey Business School.

“My dad, David Lewenberg (COO) and John Gill (CFO) will all continue to be with our company," said Mitch Freed. "They have done a phenomenal job at setting the course and cementing Genumark as the most frequent winner of the PPPC’s (Promotional Product Professionals of Canada) annual National Distributor of the Year award over the past decade. I am fortunate to be working with such an accomplished and experienced team that I know will be instrumental in our continued quest to be the most trusted partner and first choice for branded merchandise.”