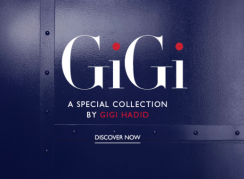 It looks like Tommy Hilfiger USA is at the center of a legal battle, according to the Los Angeles Times. The issue arose as a result of Tommy Hilfiger using the word "GiGi" in the company's fall/winter 2016 collection, a collaboration with model Gigi Hadid. GiGi New York, a New York City-based handbag company owned by Graphic Image, worries that Tommy Hilfiger's use of the word might confuse consumers.

However, Tommy Hilfiger told GiGi New York that it has no plans to recognize the trademarked logo. But, a spokeswoman for GiGI New York said both companies' lawyers are discussing the matter, according to the Los Angeles Times.