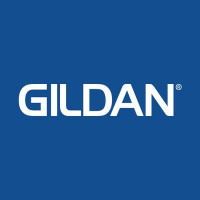 Gildan Activewear reported strong results for the fourth fiscal quarter of 2020, with sales up 4.8% year over year to $690 million. For the full year, Gildan's sales were down $225.3 million due to the pandemic's impact in Q1 and Q2, but the company's fourth-quarter numbers are an encouraging sign for the apparel market.

Activewear played a major role in Gildan's Q4 success growth, with activewear sales in that fourth quarter totaling $537.9 million, up 11.3% from last year. This is in line with what we've seen in the promo industry, with suppliers reporting stronger sales in athletic and performance apparel.

Gildan also saw volume growth in imprintables, and while that category finished down compared to last year, the company noted "sequential improvement in sell-through trends," with Q4 sales down less than 10% year over year on average. That's an improvement over the category's 15% to 20% decline in Q3.

Still, the imprintables news was mixed.

“Imprintables volume growth in North America was primarily due to the benefit of the non-recurrence of distributor de-stocking that occurred in the fourth quarter last year, partly offset by a decline in POS due to the current COVID-related demand environment, which also affected international markets,” the company said in a press release.

Gildan also expects weaker imprintables sales in the first quarter of 2021 due to renewed lockdowns and restrictions over the winter months.

The company’s “Back to Basics” strategy, which involves simplifying its product mix and streamlining its manufacturing and distribution, proved to be somewhat of a lifesaver during the pandemic, too. The company credited that plan with allowing it to focus on higher-performing products while reducing overhead costs.

“The additional actions we have taken during 2020 have enhanced our competitive positioning as we work toward a stronger environment, growth and achieving our long-term profitability targets,” said Gildan president and CEO Glenn Chamandy.

Jim Duffy, an analyst for Stifel, believes that Gildan will continue to bounce back as distributors see customers affected by the pandemic return.

“We see the business well positioned for a rebound,” Duffy told the Winston-Salem Journal. “We expect restocking as the year unfolds and events involving social gatherings resume.”