Gildan Will Keep Some American Apparel Made in U.S., But It Will Cost More 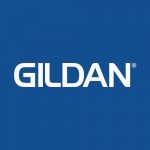 Many Americans count pride in their country among the steadiest staples in their lives, with made-in-the-U.S. designations serving as reflections of commercial relevancy and mobility. For 28 years, American Apparel has been a fitting supplier of such satisfaction, but its January bankruptcy auction purchase by Gildan Activewear has altered the company’s clout. The Canadian buyer will continue to peddle products with American origins, but, based on a Bloomberg report, the desire to reward good old U.S.-rooted craftsmanship will cost consumers up to 25 percent more.

Acknowledging that American Apparel will enjoy a perennial presence in this country thanks to the aforementioned ties to national pride, Gildan chief executive officer Glenn Chamandy stated foreign lands hold no such allegiance to items' production locations, stating, "In those markets, made-in-the-USA is not really the driving force, it's actually the brand that drives the sell; the brand is very strong."

His employer, in fact, has predicted that the acquisition of the California-based entity will generate between $50 and $75 million to the latter's 2017 revenue. Given that Gildan intends to put the brand on cheaper items sourced internationally, whatever items come out of Los Angeles will have heftier price tags than they did prior to the winter acquisition. Gildan, whose investment includes American Apparel's intellectual property and other assets (American Apparel's 110 U.S locations have all closed) will, according to Fortune, feature "Made in Honduras" and "Made in Nicaragua" labels on its new possession's garments this summer.

The dual pricing decision has a precedent in Gildan's annals, per Chamandy, with lesser-known brands being the sources of the fluctuations.

Set to focus on millennials and fashion and prepared to do so minus what Chamandy considered a sexualized sales approach on the part of American Apparel founder and former chief executive officer Dov Charney, the American Apparel brand will strive to help Gildan to hawk more T-shirts and other threads via wholesalers and e-commerce. Because of Gildan's revenue projections and Chamandy's revelation that brick-and-mortar shopping destinations could again appear, following American Apparel's progress could be an interesting exercise in understanding a brand's adaptability, or, at the very least, a study in learning about how far a made-in-the-USA label's influence can stretch.