Each year, as International Women’s Day approaches, we look for promotional products that honor the various aims of the occasion. With five days to spare until the global celebration, we believe we have found this year’s feel-good example: The Girl Scouts of the USA and their collaboration with designer/philanthropist Diane von Furstenberg, who used the organization’s trefoil logo for a branded silk scarf and wristlet. 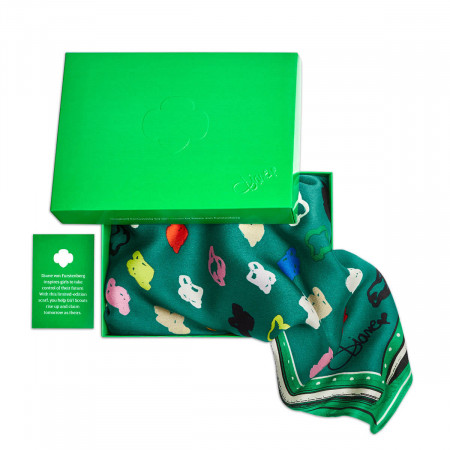 According to a press release, the Girl Scouts united with von Furstenberg, a National Women’s Hall of Fame inductee, to champion “female ambition in order to prepare today’s girls to become the women they want to be.” That sentiment inspired the creation of the aforementioned $150 and $45 items, and finds the organization and von Furstenberg working together for the first time to promote the belief that, as the designer said, “to promote a girl is to empower the woman she will become.” 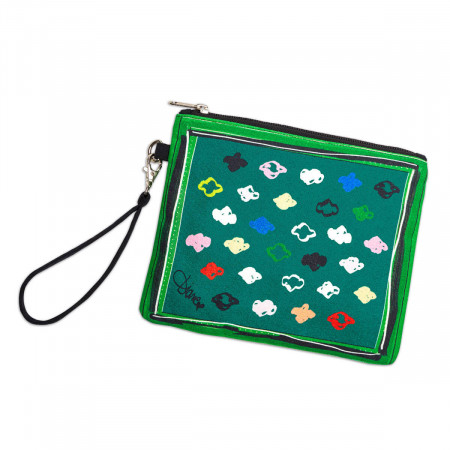 With respect to the products, the scarf sounds especially seasonal, given that March can prove a hit-or-miss month weather-wise, and makes considerable use of the trefoil, a symbol that brings the Girl Scouts immense pride as they prepare to turn 108 years old just four days after International Women’s Day. Set to arrive in a custom embossed gift box that bears a message from von Furstenberg, the scarf makes for a colorful way to support the organization, and certainly does not scrimp on the use of the trefoil.

We can say the same for the wristlet, which the Girl Scouts’ shop calls “a versatile accessory, which transforms from a clutch to a wristlet with a detachable strap.” The item is currently listed as “Coming Soon” on the website, but we hope it's available soon so that end-users can show their admiration for the Girl Scouts in combination with the scarf until warmer weather arrives across the U.S.

As far as International Women’s Day merch goes, we expect for these low-key, limited-edition products to become standouts, because they are tied to an organization that, like the March 8 observance itself, has stood the test of time. With membership sitting at 2.5 million strong, the Girl Scouts have the clout to make these products become well known so as to help generate funds for their operations, and perhaps inspire further projects with von Furstenberg and/or her contemporaries.

Related story: Girl Scout Redesigns Cookie Packaging From 'Samoas' To 'Momoas' And It Includes An Image of Shirtless 'Aquaman'

McDonald’s Is Turning Its Logo Upside Down for Women’s Day Merch, Signage