This week, a simple uniform became a momentous occasion for girls in the Portland area. A couple months ago, the Boy Scouts of America announced they will allow girls in the Cub Scouts. And now, the first girls to sign up were able to don their Cub Scouts uniforms.

According to KomoNews.com, the six new Portland members were beyond excited to take the symbolic step of putting on their new uniforms. Seeing as this is the first time in 88 years that girls have joined the ranks, it's definitely a historic step.

When showing off her brand new uniform, new member Alissa Smith told KomoNews.com that the uniform meant "to be fierce! And strong!" Meanwhile, new member Jordanna Garcia was proud to join her brother Daniel, who's already a Cub Scout, and her brother was excited about it too. 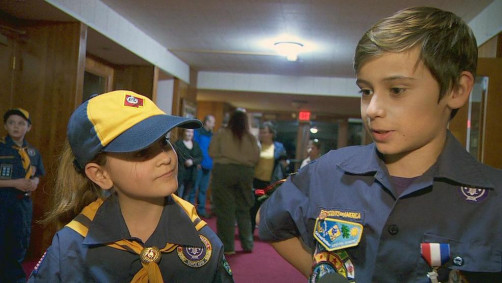 Brother and sister were able to wear their new Cub Scouts uniforms together. | Credit: KomoNews.com

“I just feel like it’s good, because I don’t think it’s fair if just boys get to go into it—it’s excluding,” Daniel said.

“So many of our girls are already unofficially attending scouting events. They’re there because their families are there,” said Kaleen Deatherage, local family scouting chair. “Now they get to wear the uniform. They get to earn the badges and rank advancement.”

This decision came with a lot of pushback, even from the Girls Scouts organization, which plans to stay single-gender. We'll see how the first inclusive year for the Cub Scouts goes.

It will be interesting to see if this change prompts any changes within the uniform designs themselves. For now, boys and girls are wearing the same uniform, but who knows if there will be pressure from either side to adapt.

How to Eliminate Friction in the Sales Process

Is There a Perfect Management System for a Distributor?