Global Advertising Spending Expected to Rise to $579B This Year 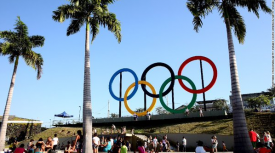 Media research agency ZenithOptimedia projected global adverting spending to grow 4.6 percent to $579 billion in 2016, an increase from the 3.9 percent growth last year, according to Variety.

"Rapid growth from countries that are relatively new to the international advertising market, combined with a resurgence of established markets that were damaged by the financial crisis, will keep the global ad market on track for healthy growth for at least the next few years," said Jonathan Barnard, head of forecasting for ZenithOptimedia.

ZenithOptimedia attributes this growth to special events, like the U.S. presidential election, the Summer Olympics and the Union of European Football Associations' soccer championship.

European advertising markets, including Ireland, Portugal and Spain, that suffered from the financial crisis are on the road to recovery and expanding rapidly.

Which Side of the Promo Brain Are You? (Secrets to High-Performance Teams)