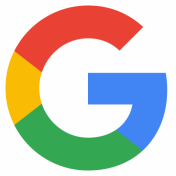 Apple has put a lot of stock into its proprietary Lightning port. It's not only the primary charging port for its iPhone and iPad products, it's also the new headphone jack. Apple has chosen this proprietary piece of hardware over the arguably faster, and more universal, USB-C technology, and has made it difficult for third-party manufacturers of charging cables to use its Lightning technology.

For companies in the promotional products industry, that usually meant creating an item with multiple charging cables for different kinds of phones, but having a specific Lightning jack as an add-on feature. It's not the most convenient way to do things.

Now, as Google gears up to debut its newest Pixel phone next week, it has hinted at a certification program for third-party companies to make accessories for Google smartphone products.

This would be similar to Apple's "Made for i" certification, according to Fortune, and likely will include items like phone chargers, charging cables, earbuds and virtual reality gear.

It's important to note here the this would only cover Google's smartphone business, and not Android smartphones overall. So, for Samsung or Motorola users, this won't have an effect.

But it does, according to Nick McQuire, an analyst for CCS Insight, indicate Google's "rising ambitions in hardware following the HTC buy," he told Fortune. He's referring to Google's purchase of HTC's smartphone business for $1.1 billion.

For a company that wants to compete in the same league as Samsung and Apple, having a certification process that provides the guarantee of product safety and compliance could be a smart move.

For promotional products professionals, it potentially means more hoops to jump through, though.

5 Reasons to Rebrand Your Distributor Business