Arachnophobes of the world (myself included) might tell you they're interested in any solution that involves avoiding spiders altogether. While that's not entirely possible (or environmentally sound), companies using artificial spider-silk have been pushing the boundaries of what's possible in apparel without the use of our eight-legged friends (or enemies).

Back in July, Bolt Threads, a Bay Area startup that specializes in developing artificial spider silk for apparel solutions, purchased New York outdoor company Best Made Company, indicating that it was turning its focus toward apparel that folks would use in the great outdoors. 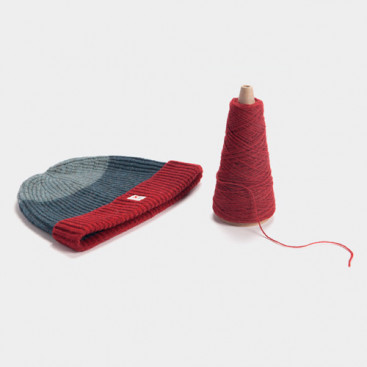 The "Cap of Courage" is made with synthetic spider silk and organic wool. | Credit: Best Made Apparel

The release included 100 caps as a proof of concept, and each one ran for $198. All colors are already sold out, per Best Made Apparel's website.

For Bolt Threads, the challenge was creating something as durable as spider silk without needing spiders, which aren't known for being good co-workers. (Spoiler alert, they eat each other a lot.)

"It's been one of those things that's often talked about as the next big thing, but never actually getting out in the hands of customers," Dan Widmaier, founder of Bolt Threads, told Wired.

This comes a few months after Bolt released its first product on its own: a $314 tie made of the synthetic spider silk.

This cap, however, shows that it can not only create products at a lower price point, but that it can create items for everyday use and ones that include synthetic and organic materials together.

From there, the companies don't plan to limit production to synthetic spider silk. Instead, they can look to replicate other organic materials. This would have a huge draw for consumers who don't want to purchase any animal products, but want the real deal when it comes to warmth and comfort some fibers provide.

"We think the same process can make pretty much any protein based material nature has evolved," Widmaier said. "All the things you observe scientifically are the same. We just make it with a different process."