When you hear about Hell's Angels, one of the most well-known biker gangs in the world, do you think of them experiencing "hurt feelings" or "anxiety" over T-shirts? You wouldn't think so, but the fearsome group said it experienced just that after its logo appeared on T-shirts and a poster, resulting in legal action.

The Courier Mail reported that the Australian branch of the Hells Angels is suing Redbubble after its logo appeared on items such as T-shirts and posters three years ago. 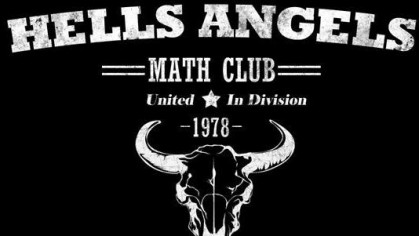 The group's lawyer, Dimitrios Eliades, said that its iconic skull logo is "so valuable" because only club members are allowed to wear it.

In its defense, Redbubble claimed that only a few of the T-shirts were sold, and that the sales were quite possibly "trap purchases" by members of the group, which is listed as a criminal organization by the Queensland government. It also argued that it can't be held liable for selling items featuring copyrighted works in Australia because its web servers are in the U.S.

Sources claim the Hells Angels defense will include testimonies from Brisbane chapter president Mark Nelmes, and U.S. native Phil Torre, who claims he is the "only living person who knew" the artist who designed the logo in question in 1954.