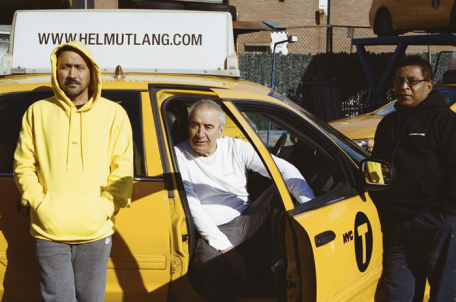 The project picked several middle-aged taxi drivers and clothed them in the brand's expensive outfits. For the photo shoot, the taxi drivers are mostly leaning against their yellow cars in a city parking lot.

The clothing itself embodies a city streetwear feel, and the line features sweatshirts, T-shirts and other basics. But don't be fooled—even the T-shirts are still $125.

The reasoning for the campaign dates all the way back to 1998 when the brand launched its taxi marketing campaign. Back then, Helmut Lang was the first designer to use a taxi's advertising space to promote a line. This new campaign will also be featured on the tops of 275 Helmut Lang-branded cabs.

We definitely appreciate advertising campaigns that step outside the box, and we think this idea is a winner. What do you think of the taxi cab campaign?