November 6 will undoubtedly prove a pivotal day in America’s political history, with Republicans looking to retain control of the House of Representatives and the Senate, and Democrats looking for momentum-building victories to catapult their chances in the 2020 presidential election. The parties’ voters will eagerly cast their say on the future of the country, but not all of them will be able to don political apparel when they do so, as nine states prohibit such garb at polling locations. 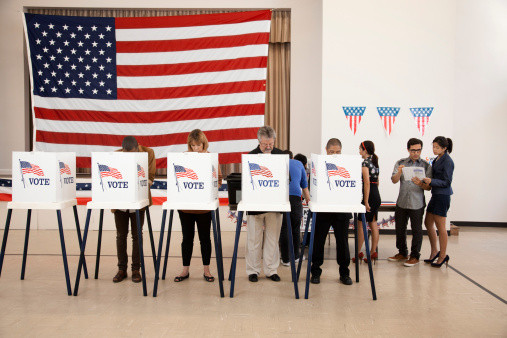 From a civics perspective, 2018 has not been one for the faint of heart, as supporters and detractors of President Donald Trump and his policies have fervently defended their stances on his administration’s vision. While rallies, protests and marches have served each group well, Election Day is the best chance to express one’s views, and turnout should be quite high. In Delaware, Kansas, Montana, New Jersey, New York, South Carolina, Texas, Tennessee and Vermont, though, constituents will find themselves limited in how apparent they can make their allegiance.

The march to Election Day makes political apparel a crucial topic to discuss. Because the Trump presidency seems set to prove the most polarizing in our nation’s history, we do not need to look far for products that encapsulate that division, and voters, come two weeks from today, will certainly want their attire to complement their thought processes. A little more than four months ago, the Supreme Court voted 7-2 to end a political apparel ban in Minnesota, dwindling to single digits the number of states that do not allow political buttons, hats and T-shirts at the polls.

With that verdict having settled a matter that dates back to November 2010, one wonders if any unforeseen conflicts at this year’s polling places might inspire other voters to have their states’ bans lifted. As it is, though, the aforementioned nine states place checks on creative or even commonplace plaudits and critiques, and impose legal consequences for violations of said limitations. With early voting having commenced, the apparel-concerned eyes of the nation could be on these spots leading up to November 6: