For a kid playing baseball, just making it to the Little League World Series in Williamsport, Pa., is a dream come true. Getting to play in front of a national stage is something the kids will always remember, whether they continue their baseball careers into adulthood or not.

The only way to make the event even better for a group of kids is to give them a bunch of free stuff. Thankfully, that's exactly what happens. 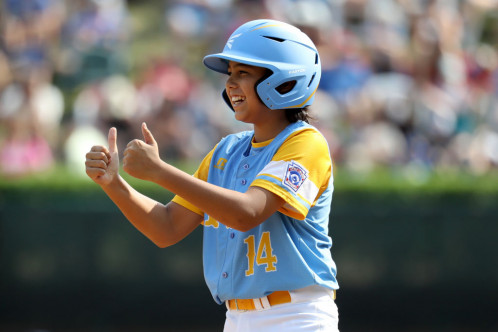 Look how happy this kid is to keep that snazzy uniform. Thumbs up, indeed. | Credit: Getty Images by Rob Carr

It's not just the kids who get the keepsakes, though. Since the coaches worked hard to manage a bunch of 12-year-olds to somehow perform as a cohesive unit, they get to keep any apparel they receive for the tournament.

And, if you're the type who reads the rulebooks of amateur sports, don't worry—these gifts are still within the legal boundaries of amateur athletes as defined by Little League's official rules.

While the prizes aren't everything, and these kids will leave Williamsport with keepsakes from one of the most exciting times of their lives, it's a pretty sweet bonus. If they get to leave with a trophy at the end, that's even better.