Could it be that a resolution is finally on the horizon for American Airlines' employee uniform crisis? The last we heard, American Airlines flight attendants were preparing to sue over the uniforms that caused some employees to break out in hives.

It looks like American Airlines is finally taking steps to remedy the crisis, but the outlined plan will take some time, according to the Chicago Business Journal. The company revealed to its 70,000 frontline employees that it plans to replace the Twin Hill uniforms with something new, but it's utilizing a different process for the replacement uniforms. 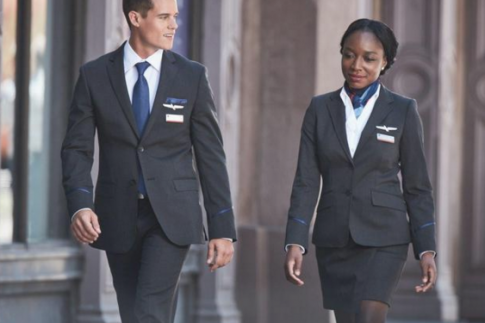 (Image via the Chicago Business Times)

American Airlines plans to allow each work group, including pilots and flight attendants, to choose their preferred uniform supplier. Employees will have the option of selecting uniforms from more than 22 uniform suppliers. The potential list includes Brooks Brothers, Carhartt, Lands' End, Cintas, Cole Haan and more.

Lands' End at least has a good track record in this area, because it supplied both Delta Air Lines' new uniforms, as well as Alaska Airlines' new flight attendant uniforms.

Each American Airlines worker will choose approximately five finalist suppliers to be more closely examined by frontline team members and management. The airline believes it will at least take several months to get through the initial selection process, and then will come the fabric and color selection. American Airlines stressed that the garments will be "rigorously tested" by more than 1,000 employees, according to the Chicago Business Journal.

We hope these employee-selected uniforms turn out better than American Airlines' previous attempt, because we sure think these flight attendants could use a win in the uniform department. And, it will be interesting to see which supplier uniforms employees like the best. Maybe someone should create a March Madness-type bracket.