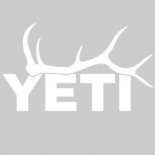 We've reported a lot on YETI Coolers and its propensity to take legal action when other companies make or sell products that seems too similar to its own. For those who might need a quick refresher, we don't blame you, it's a lot to keep track of:

• First, it was Wal-Mart, after the company sold beverage insulators that YETI thought was too close to its own.

• Next, it was Axis Cups and Bayou Ice Boxes.

• After that, it was Home Depot and Takeya.

So, obviously, YETI is not one to back down from a fight, even from big-time retailers like Wal-Mart and Home Depot. And now, just like it did before, YETI is taking on three more companies for selling "confusingly similar" products to its own—RELYMedia, CreekFire and Nine Line Apparel.

Representatives from the three companies did not respond to the Austin American-Statesman for comment, but YETI made its complaint public:

The common factor in each of these lawsuits is that the companies are all selling similar products at a lower price than YETI. For example, the Rambler tumbler goes for $24.99 on YETI's site, but the similar product goes for $15 from CreekFire.

Just like before, YETI is requesting that the companies recall all infringing products, and provide refunds to customers who purchased them.

While the YETI products are functional, and have been wildly popular recently, it's in promotional products professionals' best interests to steer clear of selling anything too similar. YETI is not afraid to release the hounds*.

*By hounds, we mean lawyers.