With the holiday season already upon us, President Donald Trump has launched a new seasonal version of his classic "Make America Great Again" hats.

Trump has released holiday versions of his hats before. In October, we got to see the Halloween-themed hat. And back in March, Trump's online store released the St. Patrick's Day hat.

For the 2017 holiday season, the "MAGA" hats feature the classic white font on the red baseball cap, but this hat also features embroidered Christmas lights around the lettering. The back of the hat is embroidered with "Merry Christmas." 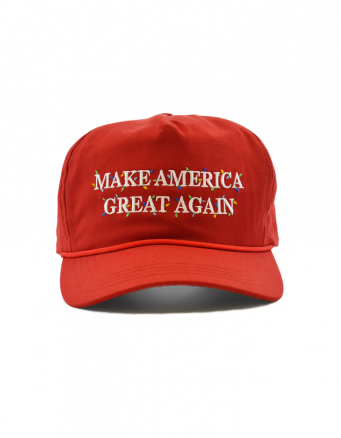 The hats are retailing for $45, and seeing as the Halloween hats sold out on the site, we expect these will probably go fast.