Here's Why NASA's Logo is The Hottest Fashon Item 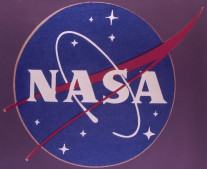 A new generation of shoppers is clamoring to get their hands on NASA's iconic branding. | Credit: Getty Images by Space Frontiers

According to the Los Angeles Times, the NASA logo is having a major moment. Currently, shoppers can find apparel items featuring the iconic logo at Walmart, Target, Coach and even Ariana Grande's concert merchandise.

And while Bert Ulrich, a multimedia liaison at NASA in charge of logo approvals, only used to get one request every week or so for outside companies to use the logo, he says he now gets more than one a day.

“Very, very few brands have broad appeal,” Utpal Dholakia, marketing professor at Rice University, told the Los Angeles Times. “NASA fits into the mold where it not only has broad appeal, but there is almost nothing to dislike about it.”

The "worm" logo, as its known at NASA, is an emblem that has been around since the mid-1970s. It then was replaced in 1992, but it's managed to gain a loyal following in the branding and design industry, according to Hamish Smyth, the co-founder of the Standards Manual publishing house, which created a coffee-table book about the book.

In terms of why the logo is so popular with shoppers, Smyth had some insight.

“If you grew up in the ’80s or early ’90s or the ’70s, this logo is what NASA looks like in your mind,” Smyth told the Los Angeles Times. “A lot of people, I think, were quite nostalgic for this logo.”

Target spokeswoman Courtney Foster also mentioned in the article that she believed the fascination with the NASA merchandise has to do with the "adventure and intrigue" the logo communicates. NASA officials, meanwhile, believe the popularity has to do with the increased pushes in education for science, technology, engineering and math programs.

What's important to note, though, is that NASA does not make any profits from the sale of its logo on merchandise.

The nostalgia trend is definitely a major one right now, as we've seen with "Stranger Things" and "Clueless" merchandise. For promotional apparel suppliers and distributors, consider adding a retro font or vintage-inspired color and fabrication to your next apparel lineup.