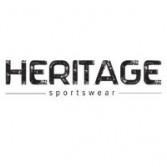 News emerged this week that Heritage Sportswear, Hebron, Ohio, could be liquidated soon, but reports were conflicted. The news came from Gildan, one of the brands Heritage Sportswear sells in the promotional channel, which notified investors it expected to take a charge of $19 million to $23 million in the first quarter of 2019 due to unpaid bills from Heritage's liquidation.

According to the Winston-Salem Journal, Heritage Sportswear has been trying to find a buyer while in Chapter 11 bankruptcy protection, but its attempts have thus far been unsuccessful. That led to a bankruptcy judge approving a request to liquidate Heritage's assets.

A press release on Tuesday from Gildan reported that the receiver appointed to Heritage filed a motion in court to approve an "orderly wind down of Heritage's operations and sale of its assets by liquidation." In the release, Gildan speculated that business done under the Heritage brand would be absorbed by other wholesalers within the industry, and that a liquidation of the Heritage brand would not create any major negative effects on Gildan's full-year sales projection for the year.

When reached for comment, a Heritage Sportswear representative said there was "limited information" they could give, but did not provide further details. We will update this story as more information becomes available, as ASI reported yesterday that Heritage planned to continue operating as usual.

Heritage Sportswear ranked in the top 10 on Promo Marketing's 2018 Top Suppliers list, and reporting $141.6 million in revenue. With a business doing so well from a revenue standpoint, the prospect of liquidation is surprising.

Fix the Biggest Bottlenecks in Your Art Department