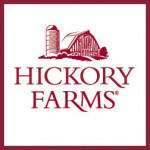 "I am excited to have Matt and Judy join the Hickory Farms team," said Diane Pearse, CEO and president. "I have worked with them both, and know their skills and experiences will help make us a strong competitor in the food gifting retail space."

Prior to joining Hickory Farms, Ransford founded the e-commerce fashion brand 5 Junes, a site established to fill a gap in the apparel market for tween girls. From 2008 to 2014, she held a number of key leadership roles at Redbox, including vice president of digital marketing, vice president of customer programs and vice president of core growth strategy. Her background also includes positions as head of marketing for the catalog marketing brand United Ad Label (an RR Donnelley company), Grand Island, New York; and 10 years as a consultant in strategy and technology at New York City-based Marakon Associates and Chicago-based Accenture.

Prior to joining Hickory Farms, James joined Redbox in 2011, where he held multiple leadership positions, including senior vice president of operations and merchandising, vice president of inventory and logistics, and director and senior director of strategy and analytics. At Redbox, he brought structure and new processes to clarify operations, and leveraged data to drive fast and effective decision making. He also focused on driving revenue growth and cost efficiency through better merchandising strategy and execution, optimizing the Redbox kiosk footprint, and negotiating improved terms with strategic suppliers. Before joining Redbox, James worked in strategy consulting at Boston-based Bain & Co. and Marakon Associates.

Michael Holton, former chief marketing officer of Hickory Farms, has transitioned out of the company.

KFC Is Giving Away Finger Sporks So Your Side Dishes Can Be 'Finger Lickin' Good,' Too