'Tis the Season To Start Thinking of Holiday Promotions

When you’re young, the holiday season is nothing but relaxing and exciting. You had a few days off from school, your house was filled with the smell of delicious meals and you got to see family members you hadn’t seen in a while. It was fun. It was stress-free. It was short-lived.

As we get older, the holiday season becomes a bit more of a, let’s say, job. Those family members you haven’t seen? You have to drive to see them. The delicious dinner you remember? Somebody has to cook it. Those days off from school? What days off? The holiday season is difficult in adulthood, and it’s even harder when you’re a business owner trying to capitalize on the end of the year.

But, the key word in that last sentence is “capitalize.” The end of the year can be stressful, sure, but if can also be a big-time opportunity for promotional products professionals. That's why we had Terry Brizz, MAS, president of Galaxy Balloons Inc., Cleveland; and Linda Hiniker, national account manager for Carlson Craft, North Mankato, Minn., weigh in on how you can make the most of the holiday season to maximize profits and minimize stress.

Show You Care
When you’re shopping for gifts for loved ones, you want to be as thoughtful as possible. The phrase “It’s the thought that counts” is certainly played out, but that doesn’t mean that it isn’t true. People like knowing that you went the extra mile to deliver something personal. The promotional space is no different. A well-timed card or gift could open the door to major partnerships in the future.

“I was thinking about this one day: If I had a business that I worked with, a certain clientele, I would want to know when their anniversaries are, when their birthday is,” Hiniker said. “You know on your birthday, if you get a card from your insurance agent or hairdresser, whomever, you’d be like, ‘Wow! They really took time to
do this for me on my day.’” 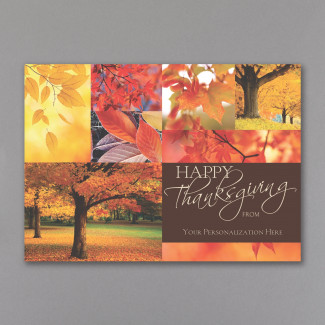 A well-timed card can create huge business opportunities for the future.

Once that connection is established, it presents the opportunity to keep the ball rolling and maybe sell more products than you originally had discussed. For instance, Carlson Craft specializes in printed products, but Hiniker said that if a distributor is selling one product to a client already, they could work to include another type of product, like print, in the future.

“Something that I don’t think [distributors] realize is the opportunity for profit,” she added. “It’s an opportunity for them not to leave money on the table. They’re already serving that customer, that client, with promotional products, whether it be apparel or whatever product. Why not sell them print? They’re going somewhere else for it. Or, why not have it be a suggestive sale? Maybe it just means you drop the catalog off.”

Know When to Start
So, now we know what we should be doing, but “the holiday season” is, truthfully, kind of a vague term. If you ask some people, the holiday season starts as soon as we’re taking down our Halloween decorations. Others might contend that it’s as soon as dinner is cleaned up after Thanksgiving.

While it can be argued that “the holidays” is an ambiguous time of year, Brizz and Hiniker agreed that customers should be thinking about things right about, well, now.

Brizz noted that one of the biggest mistakes distributors seem to make is waiting too long for the holiday season, and then missing the boat altogether.

“The holiday season is relatively short,” he said. “So they should be talking to their customers in September or October for holiday products.”

That doesn’t mean that you’re limited to only early fall, however. “We see some orders for ‘Christmas in July,’” he added. “We do a number of orders for wedding favors, and they come in all year long.”

Hiniker said that most companies start thinking about their business plans for the holidays around October, too. But, again, you aren’t boxed in to that specific timeframe.

“You’re right—it is that time of the year,” she said. “Now, there’s no reason you can’t send at other times, of course. But, it is a very popular time to stop the madness a little bit, and thank people for their business and their partnership.”

What to Send
OK, so we’ve got the “why” and the “when.” Now we’re just missing the “what.” Brizz said that the most popular items for Galaxy Balloons Inc. during the holiday season are holiday ornaments and cell phone accessories. 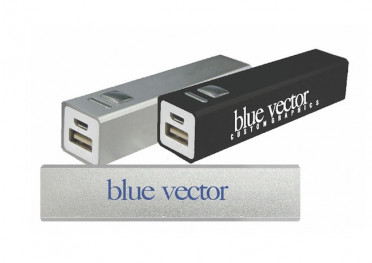 That makes sense: People obviously need decorations, and in our world that revolves around smartphone usage (and the gifts of smartphones, sometimes), everyone appreciates things like Bluetooth speakers, phone cases and power banks. Hiniker said that, on the print side of things, traditional greeting cards, napkins and calendars have been successful.

This Year's Grammy Gift Bag Is All About Diversity and Inclusion