It’s weird how some things just click in our culture, isn’t it? It can be something like T-shirts for old thrash metal bands that pop stars suddenly start wearing, or a very specific band tee that just takes off in another country. The stars just align sometimes, and seemingly innocuous or outdated items get their outta-nowhere moment in the spotlight.

It doesn’t take a great stretch of the imagination to picture actors wearing a hat with a film studio’s name on it. We wear free stuff we get from work all the time. But it does take that branded item from freebie to phenomenon quickly.

Vogue just looked into a hat from Elara Pictures, an independent studio founded and run by a group of filmmakers that includes the Safdie Brothers, and how it’s gotten a boost from big names like Timothée Chalamet, Pete Davidson and Emily Ratajkowski. 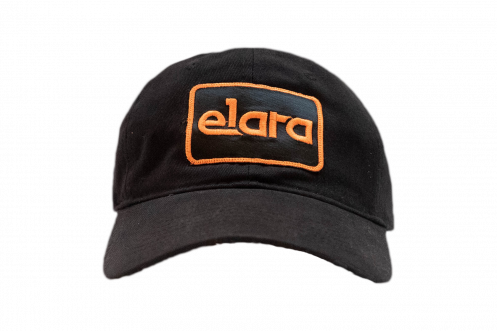 It’s a cool hat. Don’t get us wrong. But it’s not exactly something we'd expect to take over the internet. At least, it wasn’t, until it became A Thing thanks to the beautiful people.

It looks like it could have been produced for a long-shuttered gas company or an off-brand potato-chip manufacturer. Maybe it is something that your uncle would wear on a fishing trip.

The hat is already sold out, and the resale hopefuls are hitting up every corner of the internet willing to “pay good $$$ for it.”

It’s not just the hats, either. Elara’s web store is pretty picked over, as people recognized that the film company is going to be a recognizable, hyped up brand now.

All it takes is the right person wearing something to take it from promotional product to style grail. We’ve seen it countless times before. It’s just Elara’s turn. Now it’s up to them to capitalize on that hype wisely, and it could be a huge e-commerce come-up for them while movies are having a weird time right now.