Paula Henges opened her distributorship, a franchisee of Fully Promoted powered by EmbroidMe, West Palm Beach, Fla., 20 years ago with a single- and four-head embroidery machine.

“We soon realized the team and school markets were so much more than that,” Henges, president of her Torrance, California-based location, said.

Her company then started to put all the right pieces together, jumping into heat transfers by  purchasing pre-cut names and numbers. After a stint of outsourcing screen printing, she wanted to gain better control on turnaround times, so she opted for screen print transfers to reduce her reliance on outsourcing. As the business grew, she upgraded equipment to a pneumatic heat press and Ioline vinyl and twill cutter, and added a direct to garment printer to manage small runs.

“We were able to choose which method would be best for each given opportunity,” she said. “This led to happy customers, and future business and referrals.”

Last year, Fully Promoted’s reputation earned Henges a high-profile project doing an embroidery spec sample for one of the biggest pop stars on the planet. Henges said decoration spec samples aren’t common for her business, but she has done them previously. While Henges can't mention the client by name, we can say that the finished product was featured in a hit music video, a financial commercial and the artist’s merch store.

Keep reading this installment of Decoration Diaries presented by Next Level Apparel to learn more about Henges’ embroidery spec sample project and her advice on these types of projects. 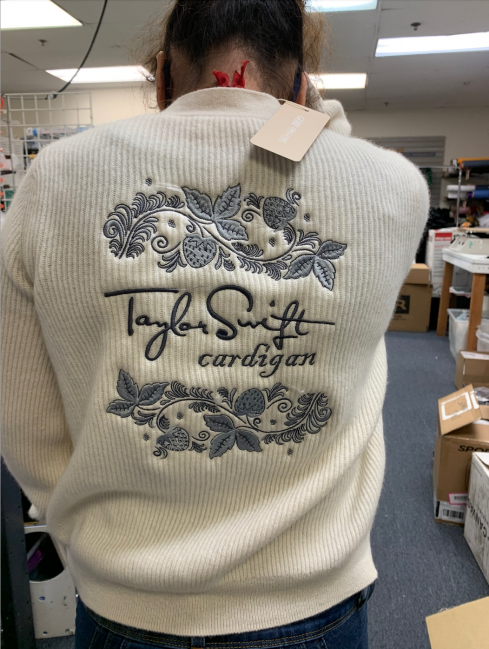 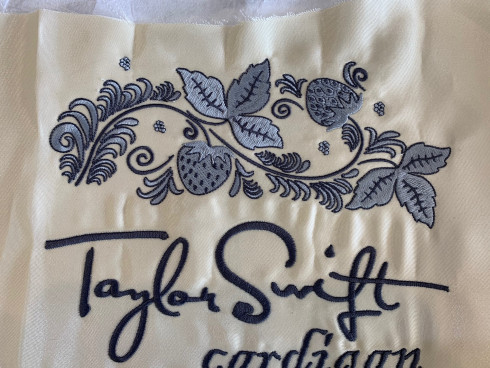 A close-up of the embroidered design. Credit: Paula Henges/Fully Promoted

The client’s need: We were contacted by an overseas manufacturing company who was in need of spec embroidery samples for a celebrity singer.

The execution: The art provided was difficult to see where the colors changed, as well as what the colors were. We took on the job knowing the communication would be difficult, but decided to let the samples guide us to the correct end result. The item to be embroidered was a cashmere sweater with three locations of embroidery. After three attempts, the client was satisfied and we completed the job.

The outcome & advice: They were very happy with it. We charged well for the time we spent. I would advise these types of projects are always more difficult than you think, so plan accordingly.