How the Tariffs Impact the Promotional Products Industry: A Quick Update 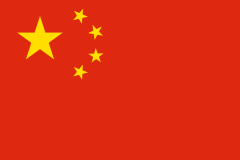 President Trump is going forward with his plan to hit China with 25 percent tariffs on about $50 billion worth of Chinese goods, he announced on Friday.

According to the U.S. trade representative's office, the tariffs will be rolled out in two waves, the first of which will go into effect on July 6. The second doesn't have a scheduled date, but will cover about 284 goods worth of $16 billion.

The first wave focuses primarily on booming Chinese industries, such as robotics, technology, automobiles and manufacturing materials. For the most part, the products aren't of any concern for promotional products professionals.

However, the list includes a few manufacturing items that could impact the way promotional products suppliers do business, and, in return, distributors' businesses.

For the promotional world, that could impact apparel manufacturing and manufacturing for items like styrofoam coolers—a commonly used item in the outdoor category—and the ever-increasing number of products that include LED lights, like writing instruments, head lamps and more.

So far, the impacts appear to be minor, mostly occurring in industry-adjacent areas related to manufacturing, rather than on products themselves. This is more or less what Caro Krissman, former CEO of Source Abroad, and the crew at INLT expected, as we discussed on episode 2 of the Promo Marketing Podcast.