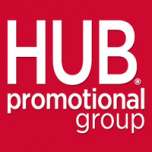 Brooks & Brooks has received many industry and supplier awards, including Multi-Line Rep of the Year from both SAAGNY and NEPPA, as well as Top Rep Group from several large suppliers.

“We focus on quick responses, and offer distributors proactive solutions through idea generation,” said Joshua Brooks. “We aspire to offer the highest possible level of service while representing the best suppliers. HUB Pen and Beacon are a perfect fit for our organization.”

What Is Amazon Merch Collab—and What Can It Tell Us About Amazon's Plans for Promo?