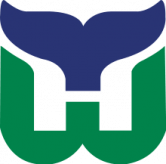 Tom Dundon, the new owner of the Carolina Hurricanes, has indicated that he wants to do something his predecessor was never willing to do, and it could lead to a huge boost in promotional merchandise sales.

Dundon announced that he would like to explore the possibility of having his team play games while wearing the iconic green, blue and white uniforms of the former Hartford Whalers franchise. He is also considering selling the jerseys and other related products on an online shop dedicated to Hartford Whalers merchandise.

Although the Whalers were relocated to Raleigh, N.C., in 1997, having never seen any real success in the NHL, their legend lives on in part because of their iconic uniforms, as well as through the incredible cast of players who spent stints in Hartford.

Seriously, the list is impressive. Despite spending less than 20 years as an NHL franchise, the Whalers can boast of such Hall of Famers as Gordie Howe, Bobby Hull, Ron Francis, Mark Howe, Brendan Shanahan, Paul Coffey and Chris Pronger. Can you imagine how many vintage jerseys the Hurricanes would be able to sell with names like these sewn on them? The Whalers uniform is a standout in a heavily crowded field of other awesome NHL jerseys from throughout the years, so Carolina really shouldn’t have any problem selling it.

If Dundon is serious about cashing in on this tribute to his team’s past, he shouldn’t have too much of a problem doing so. The Hartford Whalers trademark, including the team’s iconic logo­ (a “W” with a whale tail and an H formed by negative space), is jointly owned by the Carolina Hurricanes and the NHL. The league already sells Whalers-branded merchandise in its online shop and retail store. That being said, it should be no problem for the Hurricanes to start selling Whalers products and jerseys themselves.

Whether they will be allowed to wear the uniforms during actual NHL games is a little uncertain, though the precedent has been set to some degree. Many NHL teams currently wear vintage uniforms for a couple of games a year, and the league has managed to cash in on retro jersey designs for its marquee Winter Classic games over the years.

There has, however, been some controversy recently over the use of uniforms linked to now-defunct franchises, such as the Minnesota Wild’s decision to use North Stars jerseys for a 2015 alumni exhibition game. This ticked off some Dallas Stars fans, since they believed that the Minnesota North Stars should be their heritage alone (the team moved to Dallas in 1993). However, because the Hurricanes are the direct descendant of the Whalers, it’s hard to believe that this situation would generate any real controversy.

It should also be noted that Dundon’s move would be a departure from the actions of former majority owner Peter Karmanos, who was a controversial figure in Hartford for having moved the franchise to Raleigh. Karmanos never elected to use the Whalers logo or uniforms, despite the money any merchandise could have generated, instead often dismissing the former team’s legacy.

While it’s too early to tell if Dundon will manage to cash in where Karmanos didn’t, the sheer beauty of the old Hartford Whalers logo/uniform points to the fruition of the former. Don’t believe us? Just ask Mr. Snoop Dogg, esq. 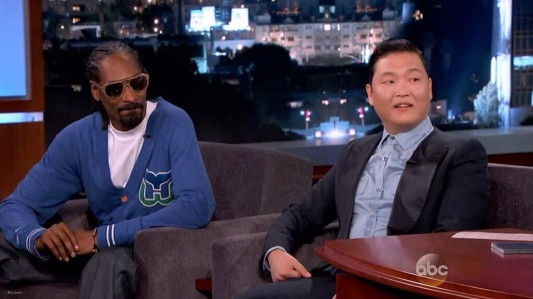