Must-See: How the Philadelphia Flyers Used Light-Up Bracelets for the Ultimate Fan Experience 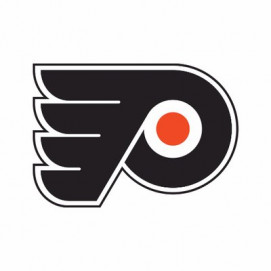 The Philadelphia Flyers have been bright presences on the ice since the calendar turned to December. (Image via Twitter)

Philadelphia often takes a few lumps over numerous aspects of life here, but nobody should ever accuse the City of Brotherly Love’s residents and creative overseers with being dim bulbs when it comes to lighting up lives during the holiday season. While that list’s locations have long-treasured histories as havens for Christmas connoisseurs, inhabitants and the powers that be are definitely not averse to welcoming more vibrant spots, even if a new celebration lasts a lone night. In what we hope will become an annual delight, the Philadelphia Flyers, ahead of Saturday’s home tilt versus the Dallas Stars, treated the Wells Fargo Center crowd to a 10-minute holiday light spectacular that called on light-up bracelets to intensify the fan experience.

Presented by Rothman Institute at Jefferson, the evening extravaganza relied on eight, 32,000-laser phosphorous projectors and 50 moving lights to make the arena a visual treat for the 19,477 attendees. The 21-year-old venue has hosted many noteworthy occasions, and it can now claim that the spectacular is “the first of its kind in an NHL arena.” Light displays, one could contend, are a dime a dozen in large cities and lack interactive components. In other words, people observe the glittery items and move on to the next eye pleasers, with cell phone photos and videos as their means to preserve the experience.

The Flyers, though, who toughed out a 2-1 overtime victory to run their winning streak to six games (sadly, they could not conquer the Los Angeles Kings last night), presented a novel way to mark “the most wonderful time of the year.” Through popular seasonal songs, animated versions of members of the Orange and Black, Santa Claus and his elves and reindeer, the Broad Street Bullies fought back against any holiday blues thanks to help from the technology firm PixMob and 3601 Productions, and while special effects made the gathering a gleeful way to spend a late-autumn night, the bracelets proved an amazing way to link technology and the festive fan base, with the display repeating during the first and second period intermissions.

“I was there for the home opener last year, and that was neat because they involved bracelets, too, as a part of a light display, but Saturday was way more impressive,” South Philly resident Tony DiGiacomo said of the promotional products that the organizers programmed to match the elements of the video projected on the ice and around the building. “They say this is the season to be jolly, and with the Flyers playing a bit better after a rough stretch, it’s a little easier to be happy, and I think the bracelets were a nice touch to make us all a bit happier.”

He and his wife, Tiffany, in the true spirit of the season, gave their giveaways to their nephews. Due to become first-time parents in June, they hope the Flyers duplicate the promotion next year so they can slip the goodie on their newborn’s wrist. Based on a comment from the franchise’s chief operating officer and alternate governor, Shawn Tilger, who said he and the brass hope the spectacular “becomes an annual display for us,” they could very well be quite the happy trio in a year’s time.

“We live and die by the Flyers,” Tiffany said. “Along with good hockey, we appreciate the little extras that the organization gives us fans. The bracelets are definitely up there.”