The following is a release from Barker Specialty Company. 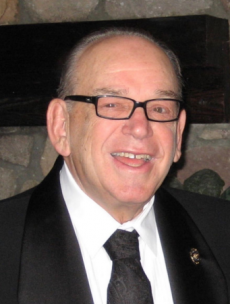 With great sadness, the Barker family announces the passing of Herbert Barker—a family man and philanthropist whose zeal and enthusiasm for life was infectious.

Born Jan. 23, 1929, in Meriden, Conn., to Julius and Sophie Barker, Herb was the youngest of five brothers. He left high school to run his family's grocery store, while his brother served in the military during World War II. Herbert was a United States Army veteran, serving with the Signal Corps. during the Korean War and received an honorable discharge in 1956.

Herb was a charismatic entrepreneur and visionary. In 1948, shortly after marrying Gloria of Long Beach, N.Y., Gloria and Herb started a business based on their idea of imprinting company names on useful products for advertising. Working long hours side-by-side, Gloria and Herb grew their small business, Barker Specialty Company, into one of the leading promotional products companies in the U.S.

Herb's passion for business never ceased. His many ventures include a wholesale toy company called Superior Gifts, a large department store called Uphams', and even a fried chicken franchise called Golden Skillet. As an entrepreneur, Herb was proud to be awarded "Boss of the Year" by the Greater Hartford Jaycees, and to be inducted into the inaugural class of the Connecticut Business Hall of Fame.

For over 30 years, Gloria and Herb traversed North America with a keen eye for animation, art and collectibles. Today, with many smiles, we all enjoy their collection displayed in six Barker Animation Art Gallery locations between Connecticut and Florida. Herb and Gloria's donated artwork colors the walls of many hospitals, nonprofits and religious institutions.

Herb was an amazing person. As a young husband and father, he worked 65-hour work weeks and still found time to be an aggressive tennis player, bowler and softball pitcher. Herb loved to drop-kick 40-yard field goals while his children battled to catch the football. A recipient of many honors and awards, Herb's proudest moment after his family and business was being awarded an Honorary Doctorate of Humanities.

With broken hearts, Herb's family and friends will say their final goodbyes on Sunday, April 7, at 12 p.m. at Beth David Memorial Gardens in Hollywood, Fla. Interment will immediately follow as Herb joins his love Gloria in their shared mausoleum.

Shiva will be Sunday night from 7 to 9 p.m. at the Barker family residence at 3535 South Ocean Drive, Hollywood, Fla. Donations may be made to Chabad Chayil Jewish Learning Center of North Miami Beach, Boys and Girls Club of Broward County, JAFCO, and Temple Beth David of Cheshire, Conn.