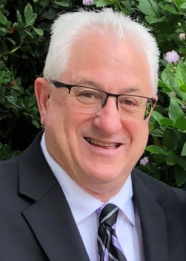 "Les is the consummate professional, and I am proud to have the opportunity to work with him," said Ross Silverstein, iPROMOTEu's president and CEO. "Given his tremendous industry experience, I am confident that Les will be an important part of iPROMOTEu's future successs."

Dorfman is an honorary life member and former president of the Specialty Advertising Association of California (SAAC). In addition to the many PPAI committees on which he participated, he also served as a chair of the PPAI Supplier Committee. Dorfman has extensive sales management experience and is recognized as a strong relationship builder.

"I am excited to be a part of such a fantastic organization," Dorfman said. "I've observed from the sidelines iPROMOTEu's tremendous growth since its early days, and I've been impressed with Ross Silverstein's remarkable vision and leadership. Being able to work now with Ross, the very talented iPROMOTEu staff and the company's valued independent distributor affiliates is a special opportunity for me. I look forward to contributing meaningfully to iPROMOTEu's ongoing growth and success."

2021 State of the Industry Report: The Power of Di