"As an Iowa State Cyclone fan, I'll be the first to say that mascots can be fun," Sen. Ernst said in a statement. "But there is no justification for spending a quarter of a million dollars in taxpayer money on mascots and millions more on swag. These costs come at the expense of real national priorities. The $1.4 billion spent on government PR and advertising every year, for example, is twice the amount dedicated to breast cancer research. It's time to bag the swag." 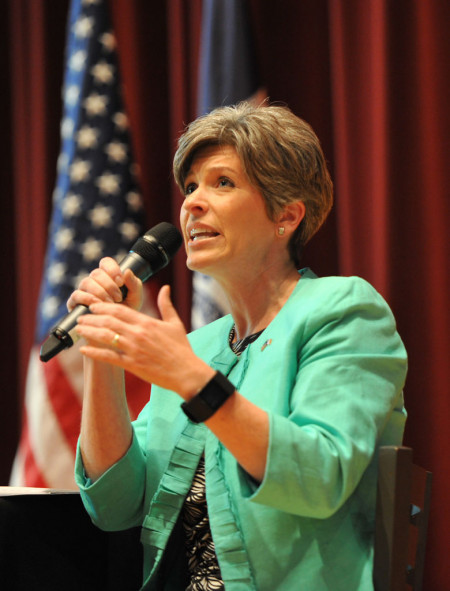 Though the $1.4 billion figure is eyebrow-raising, it's slightly misleading. That figure covers all advertising campaigns, including buying fake Facebook fans and paying social media influencers to "promote American values."

In reality, per Ernst's own release, federal government promotional products spending looks more like this:

In the grand scheme of things, that's a drop in the bucket. Especially when you compare it to, say, the $989 billion in 2019 defense spending. (At up to $120 million apiece, for example, just 10 of the U.S. military's F-35 fighter aircraft cost almost as much as the entire $1.4 billion government PR budget.) The promotional products spending totals, listed without context, also fail to account for the return on investment of those purchases, their intended use, etc.

Ernst's bill would make exceptions for certain mascots like Smokey Bear, who has personified environmental protection and stewardship forever, and is authorized by statute. The bill would also "permanently prohibit public relations and advertising, and promotional products sales for purely propaganda purposes, allowing exceptions for military recruitment and other specific functions that are authorized by the statue." It would also require government agencies to publicly report their spending on advertising.

Most significantly for the promo industry, it would altogether prohibit the purchase and distribution of promotional products by federal agencies, unless authorized by statute. Ernst's website notes that would include items such as medals awarded for service.

Basically, aside from the military, which already makes up the lion's share of the federal budget anyway, all government entities would no longer able to use promotional products for advertising their services.

The idea behind the legislation is nothing new for the promo industry, which has repeatedly come under fire from various government officials for similar reasons over the years. As we covered extensively in our January 2019 cover story, the issue is merely part of the industry's overall struggle with the perception that promotional products are wasteful, even where there's plenty of evidence to the contrary.

We'll keep you posted on any updates.