Is Forever 21 Condoning Rape with this T-shirt? 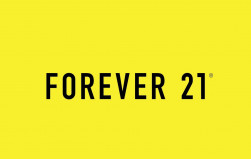 Forever 21 is under fire this week after the company released a graphic T-shirt featuring the phrase: "Don't say maybe if you want to say no," according to Refinery 29.

The men's T-shirt has received extensive backlash on social media for promoting rape culture and victim-shaming. Although there has been no explanation for the meaning behind the Forever 21 tee, many news outlets and consumers were quick to point out the "rapey" undertones the brand failed to catch. 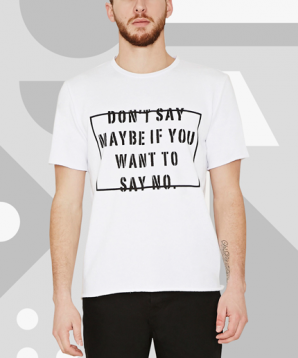 The controversial T-shirt; Image via Forever 21

Here are just a few of the tweets circulating about the T-shirt:

Answer for "Will you ever shop at @Forever21 again?" pic.twitter.com/YARf1vjkN4

@Forever21 Could you maybe NOT sell this shirt? People are working hard to get rid of rape culture, not enforce it pic.twitter.com/PqfkHLzGgx

.@Forever21 clearly didn't have a PR person in the room when they decided to sell a shirt supporting rape culture. pic.twitter.com/lmKqkM2MWb

The company has since pulled the T-shirt with an apology. "Forever 21 strives to exemplify the highest ethical standards and takes feedback and product concerns very seriously," a Forever 21 representative told Refinery29. "With regards to the T-shirt in question, upon receiving feedback from our customers, we took immediate action to have it removed from our website. We sincerely apologize to anyone who was offended by the product."