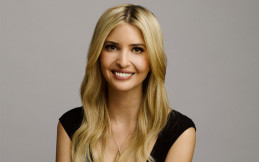 It looks like Ivanka Trump's apparel line is making headlines this week, thanks to the discovery that her apparel had been relabeled as Adrienne Vittadini Studio.

This is slightly surprising, since Ivanka Trump's apparel had posted record high profits this year. However, with more and more retailers dropping her brand, maybe G-III, the company that licenses Ivanka Trump's ready-to-wear collection, decided to try a different route to increase sales. 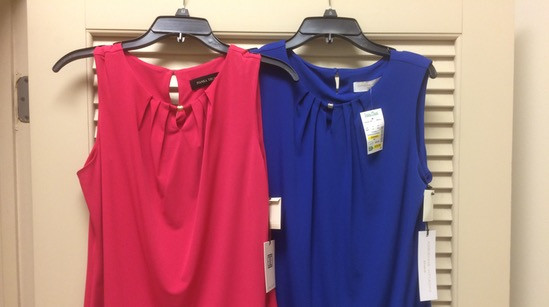 An Ivanka Trump shirt (left) was relabeled as Adrienne Vittadini Studio (right) on Stein Mart store shelves. (Image via the Business of Fashion)

“G-III accepts responsibility for resolving this issue, which occurred without the knowledge or consent of the Ivanka Trump organization,” said a representative for G-III. “G-III has already begun to take corrective actions, including facilitating the immediate removal of any mistakenly labeled merchandise from its customer. The Ivanka Trump brand continues to grow and remains very strong.”

But if sales are strong, why did G-III feel compelled to switch the labels? Business of Fashion speculated that tensions are high surrounding Ivanka Trump's brand. A source from Stein Mart said the company has received negative customer feedback, and one customer even spit on a blouse in front of a cashier.

However, it is also common practice for brands to relabel clothing for discount stores, so that they are not associated with discount stores. In addition, Stein Mart said the decision to carry the relabeled product was not politically motivated.

“We’ve had both labels for a while," Stein Mart CEO D. Hunt Hawkins said in a statement to Business of Fashion. "We may see more Adrienne Vittadini in the short term. I’ve had an equal number of [customers] say that they don’t want and do want [the Ivanka Trump merchandise] in the store. If we get it, we get it.”