Jeff Bezos Banned PowerPoint in Amazon Meetings—Could His Alternative Work For You?

When Promo Marketing's editorial and sales teams gathered last week for an extensive day of meetings, group president Marc Held asked the attendees to share the names of those who deserve distinction as thought leaders. Having written about him for this very newsletter and growing increasingly aware of his clout, I offered Jeff Bezos, who has definitely programmed his brain to be a beacon in amassing a fortune as the founder, chairman and CEO of Amazon.

The 54-year-old commands so much respect in the business world that one can presume that people will chronicle his success for years to come. But those who seek immediate answers regarding his prowess might furrow their brows when learning the bigwig bans PowerPoint presentations during executive powwows. 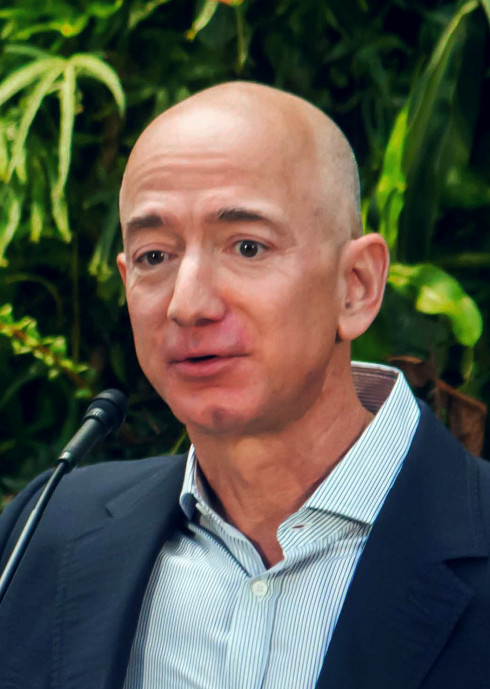 Based on market capitalization, his Seattle-headquartered juggernaut is the world’s largest retailer, meaning Bezos and his hires often have cause to convene. Long a fan of favoring input from said employees to reliance on the presentation program, he capped the Dallas-based Forum on Leadership April 20 with a prerecorded analysis of his journey to prominence and a preview of a few Amazon projects. He also reiterated his stance against calling on technology to provide the bulk of the materials for meetings, a stance he had explained in this year’s letter to shareholders.

"We don’t do PowerPoint (or any other slide-oriented) presentations at Amazon. We write narratively structured six-page memos,” he told the masses of his alternative to the program that this month turned 31 years old, adding that reading the items occurs in a kind of “study hall.”

His mention of the memos comes about a third of the way through his outreach to shareholders, with the document commencing in earnest with his estimation of what customers crave. “Their expectations are never static—they go up,” he opines in the third paragraph, ending it with assertions that “You cannot rest on your laurels in this world. Customers won’t have it.”

What if we take those beliefs and apply them to office and corporate interactions? In other words, let’s go ahead and replace “Customers” with “Executives” or “Employees” in general? Obviously, having logged the aforementioned number of years, PowerPoint has started to stand the test of time, and it will likely continue to prove effective, but is it the best way to conduct a presentation?

Bezos, in titling the anti-PowerPoint section “Six-Page Narratives,” talks about the value of written communication, a decision that, despite his earning the ire of those who feel Amazon’s market dominance could jeopardize commercial dealings, should make many fans of written dissemination pretty proud. That is not to say that PowerPoint displays do not succeed at conveying ideas (and showing off their originators’ creativity), but could what many might deem “old school” prove effective to businesses that are looking to revamp their approach to in-house materials? Granted, a PowerPoint presentation could work wonders for off-site matters, but if the goal is stimulating input from those tasked with furthering financial growth and customer satisfaction, should slide-oriented means take a backseat?

One could definitely argue that Amazon is an anomaly no matter which business sector we discuss, and that perhaps Bezos and his bunch have such a grasp on conducting their endeavors that their internal means of communication do not deserve that much consideration, but maybe we can attribute part of their aptitude to their allegiance to a traditional idea-sharing method.

What about you? Had you known of Bezos’s shunning of PowerPoint, and what do you make of whether you had or not? Do you similarly rely on written material when rounding up the decision-makers in your company, or is PowerPoint as prevalent among your peers as the rush to grab the day’s first cup of coffee?