Josh Bleicher Promoted to Director of Sales for Toddy Gear 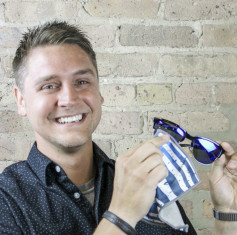 Toddy Gear, Chicago, announced the promotion of Josh Bleicher to director of sales. In his new role, Bleicher will oversee the day-to-day sales operations and act as a managerial lead for the growing Toddy Gear sales team.

Josh has served as an account executive since 2016, where he succeeded in building strong relationships and providing customer service, as well as developing effective strategies and tactics that successfully grew his accounts.

"Josh is a proven leader and has played a pivotal role in the growth of Toddy Gear," said Jason Emery. "I am confident that Josh will excel in his new role and look forward to continuing to work with him in the years ahead."