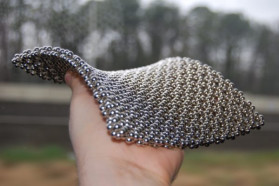 After a four-year court battle, a Denver judge ordered Zen Magnets to pay a $5.5 million fine. (Image via Denverite)

The Zen Magnets recall case has been in the news for quite some time. Back in 2015, a federal judge ordered the company to cease selling and destroy all magnet inventory due to a Consumer Products Safety Commission (CPSC) mandate.

In short, the CPSC banned the magnets because they posed a serious risk of intestinal damage if swallowed. The ban resulted in lengthy court proceedings in which Zen Magnets owner Shihan Qu fought the CPSC to retract the magnet ban.

Last week, according to The Denver Post, a judge overturned the CPSC's ban on the company's magnets. Yesterday, however, U.S. district court judge Christine M. Arguello penalized the company with a $5.5 million penalty for selling the magnets after the recall. Due to Zen Magnets' current financial status, the fine was reduced to $10,000.

While it was a week of good news and bad news for the magnet company, Qu felt optimistic about the four-year court battles coming to a close.

"Today we are excited to once again take orders of Zen Magnets for immediate production," said a statement from Zen Magnets, according to Denverite. "We are so grateful for the community support and encouragement we've received that makes our stand possible."

The company's Buckyballs are officially back on the market after a two-year ban, and they are currently accepting pre-orders.

What do you think of the Zen Magnets court case? Are you surprised a CPSC regulation was overturned?

Zen Magnets Isn't Backing Down Against CPSC After Another Stop-Sale

8 Custom Magnets Great for Any Promotion
Comments
The Top Lists