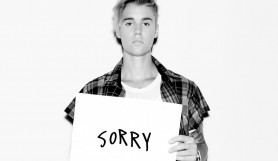 If you recall, last week Justin Bieber's Purpose tour kicked off with an embarrassing mistake: a typo on the tour T-shirt. Fans dropped $45 to purchase the tee and were less than pleased upon realizing the mistake.

The T-shirts featured a passage from Proverbs, which said: “Many are the plans in a person’s heart, but it is God’s purose (sic) that prevails.” Not even Bieber, himself, noticed the problem, tweeting his approval for his merchandise lineup before the show:

I love my merch

Bieber's team has responded by issuing a recall for the T-shirts, according to TMZ. Anyone who purchased the tee is welcome to exchange it for the corrected version free of charge. The remaining misspelled T-shirts have been pulled from future tour dates. 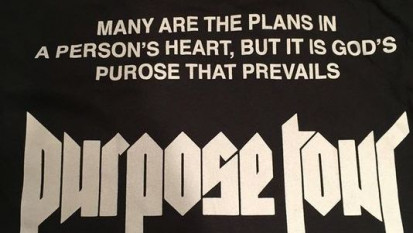 A company called Bravado printed the shirts, and Bitter Face Vending Inc. was in charge of selling the merchandise.