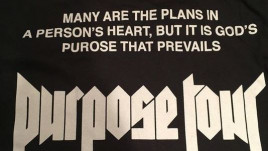 Justin Bieber's "Purpose" tour kicked off this week in Seattle, and one patron was less than thrilled to discover a typo in the $40 T-shirt she purchased for her daughter, according on KGW.

The shirt features a proverb from the Bible, with an obvious typo: "Many are the plans in a person's heart, but it is God's purose that prevails."

A slightly embarrassing mistake, considering it happens to be the name of the tour itself.

Bieber's tour merchandise also has been accused of ripping off designs from other vendors, namely French retailer Vetements, according to Refinery 29. Bieber seems to have imitated the brand's color-ways and Thrasher typeface. 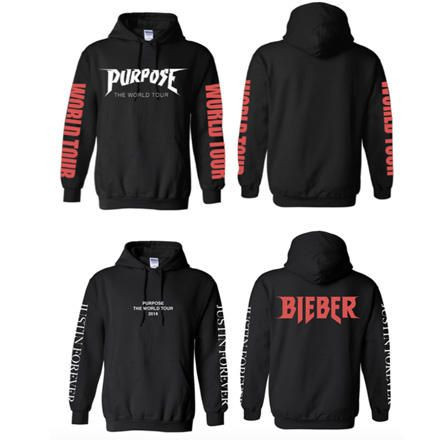 Calvin Klein is the official and exclusive apparel partner of the North American and European segments of the tour. Bieber and his backup dancers will sport the brand's clothing for a part of each show.

"I'm thrilled to continue my relationship with my friends at Calvin Klein on the tour," said Bieber, according to Inquisitr. "Calvin Klein is an iconic brand and it's been a dream come true to work with them."

Calvin Klein also is hosting a contest to give Bieber fans the chance to win VIP tickets and an opportunity to meet the singer. The brand also will install branded experiences at a number of the tour stops.