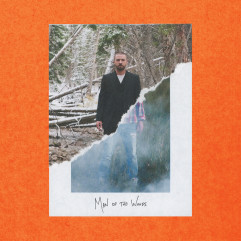 Justin Timberlake has been basking in the glory of a post Super Bowl performance, which could be deemed "mediocre" at best. (Team Janet Jackson forever.) But Super Bowl performance reviews aside, the pop star recently released his new album "Man of the Woods," which seems like an attempt to get back to his Memphis roots. We think Pitchfork summed it up best: "It’s remarkable how few ideas are contained within this hour-plus Blue Ridge Mountains mood board of an album." In support of the new album, Timberlake hosted an exclusive merchandise pop-up in New York City, and while these products are ridiculous, one could argue they are less ridiculous than the new album.

Other apparel offerings included a $500 silver vest branded with "Man of the Woods" on the lapel, as well as some branded T-shirts.

The biggest draw for the pop-up seemed to be the exclusive $200 Air Jordan 3 JTH sneakers. He wore them during his Super Bowl performance, and the rest is history.

Whether or not these products were completely over the top and ridiculous, the lines indicated that the pop-up was a huge success. We're unsure whether or not anyone took the $350 axe home, but if you're a huge JT fan, it might have been a must-have item.

This just goes to show you that exclusive merchandise pop-ups continue to rake in the profits for musicians. Folks love limited edition products.