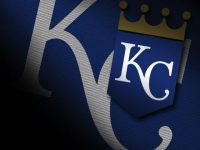 Promotional campaigns come and go as swiftly as the seasons, leaving surplus items in their wake. Unlike fallen leaves or snow, however, these items can’t simply be left in piles on the side of the road (don’t get any ideas). Where does this leave end-buyers faced with the issue of storage space?

Rather than hold onto surplus promotional items for sentimentality’s sake, the Kansas City Royals have come up with a more creative plan. On Nov. 11 at Kauffman Stadium, the Royals will be holding a “garage sale,” at which fans can purchase old promotional items such as T-shirts and bobbleheads. According to the press release, these items will be available at low prices.

Far from a sly attempt to make a few bucks off of items that couldn’t be given away—though this certainly doesn’t hurt—this is a clever strategy to clear storage space while engaging with fans in the offseason. According to Pete Grathoff of The Kansas City Star, at least 123 items will be given away or sold for around $2 each or less, including a miniature World Series trophy, a replica American League trophy and a replica powder blue jersey.

Mark it down, we're having a Garage Sale! Purchase unique items from past seasons at a low price on Nov. 11: https://t.co/9z10ueXuy9 pic.twitter.com/SdfbhMmyNF

If successful, this campaign could serve as a model strategy for dealing with surplus promotional items. This would be a welcome solution for Major League Baseball in particular, not to mention other sports teams and associations that face similar problems. Just last year, MLB decided to destroy leftover Cleveland Indians merchandise following their loss in the World Series. Can you say schadenfreude? (Seriously, help me out here…)

While finding a use for leftover promotional products might not always be easy, a simple solution such as a “garage sale” could be an effective means of clearing out surplus items while also piquing the interest of fans or end-users. Think of it as recyclable marketing—just so long as you don’t think of littering. In fact, I regret even mentioning that route. I hereby forego any and all accountability in the matter.