Yesterday, Kanye West held a fashion show/album release event for his new album, "The Life of Pablo." For those lucky enough to snag tickets to the Madison Square Garden event, the line for merchandise reached epic lengths, making it the place to be.

In typical Kanye West fashion, he pulled out all the stops. T-shirts and hoodies were available in royal blue and merlot as part of a collaboration with California artist Thornhill DeWitt, according to The New York Times. All of the apparel featured "I Feel Like Pablo" in flocked letters on the front and "We on an Ultra Light Bream/This Is a God Dream" on the back." 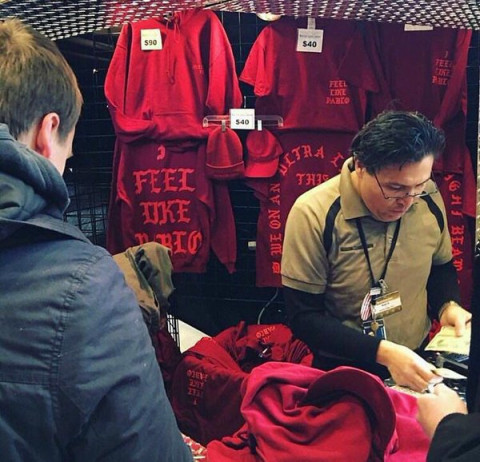 The Yeezy merchandise also included T-shirts depicting West's late mother, Donda West, and his late father-in-law, Robert Kardashian, in air-brushed portraits. The price for the T-shirts ranged from $40 to $90. 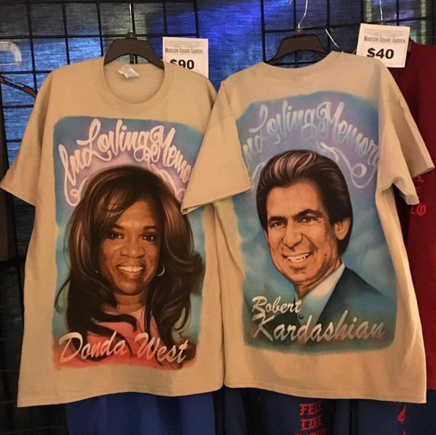 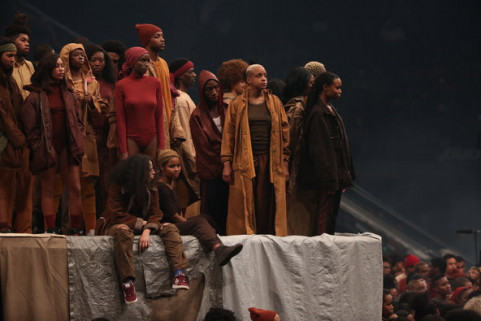