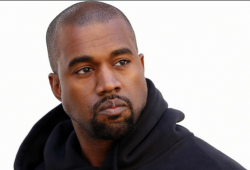 If you recall, Promo Marketing ran a prank for April Fool's Day 2016 about Kanye West unveiling a new company: the Kanye Vest Uniform Company. While that was indeed a joke, it looks like we might have been more predictive than we had anticipated. According to Bleacher Report, Kanye West is potentially redesigning the Calabasas High School uniforms for its sports programs.

The rapper reportedly met with the Los Angeles-area high school, and he wants to change its mascot from the Coyotes to the Wolves as part of the redesign.

In addition to the uniform and mascot overhaul, West plans to make a sizable donation to the school's facilities, including the gym.

West previously expressed his desire to design school uniforms in Chicago as a way to end classism and bullying, but perhaps starting with a local Los Angeles school is the springboard to a national rollout.

While Kanye West's intervention doesn't symbolize much in the way of the global school uniform market, it could mean that schools will be looking to upgrade the classic looks to meet the times.