Fried chicken and merchandise—it might not make a lot of sense to you, but Kentucky Fried Chicken is doubling down on its new, limited edition apparel and goods. (Side note: That was not a reference to KFC's notorious double down sandwich.)

According to a press release, KFC has unveiled its new online merchandise shop, KFC Ltd., which features everything from pillowcases to socks, and all alongside phrases like, "Dance like no one’s watching. Sing like no one’s listening. Dress like you haven’t eaten lunch yet." 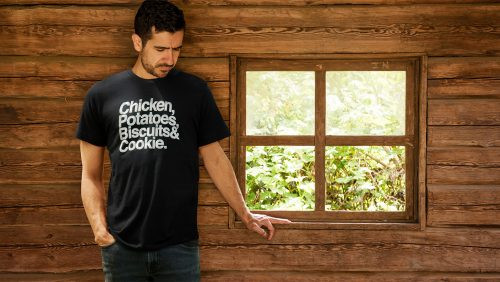 This man has a lot to think about. Specifically, whether he wants to order chicken, potatoes biscuits or a cookie. (Image via KFC)

So far, it seems like a joke, but I'm pretty sure it's not. And, admittedly, I definitely want to purchase a "Fried Chicken U.S.A." sweatshirt, so maybe the fast food chain is onto something. Either way, prices are relatively reasonable, with one T-shirt selling for $1.00 (It's already sold out). But don't worry, you can still snap up a "Finger Lickin' Good" necklace: 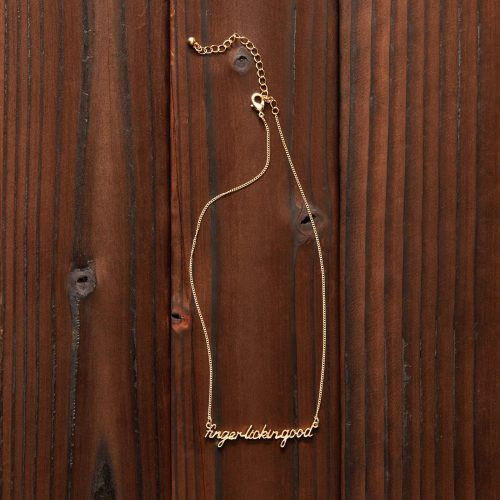 KFC is so enthusiastic about this merchandise launch that it even used the phrase "Fried Chicken Couture." Only time will tell if this is a winning move for the company, but for now, it's definitely fun to peruse the one-of-a-kind offerings.

What do you think of Kentucky Fried Chicken's offerings?