Kid Rock May Be Able to Use 'Greatest Show on Earth' for Tour, Merch After All 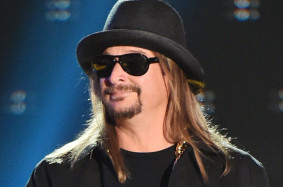 This whole Kid Rock tour name saga just won’t come to an end. While that’s lucky for us (we tend to publish a lot of stories about Kid Rock, for one reason or another), it may be unnerving for you, our dear sweet readers. You may be wondering, as each new Kid Rock article is published, whether or not we’ve lost our touch. You may worry about us a little bit, and we thank you for that. After all, Kid Rock is an awfully baffling subject to cover. He’s insidious, he starts to get under your skin, and after a while you find yourself whispering the lyrics to “Bawitdaba” over a pint of mint chocolate chip ice cream at four in the morning, wondering where it all went wrong. OK, so that last bit might be a little too personal, but we’ve heard your concerns and we’re working on it.

Back to business, it seems that after changing the name of his current tour from the Greatest Show On Earth to the American Rock ‘n’ Roll Tour 2018, Kid Rock has actually been granted the right to use the name. A U.S. Federal District Court judge in Florida has ruled in favor of Infant Stone despite the lawsuit Feld Entertainment has filed against him for trademark infringement.

Feld Entertainment, which owns the now defunct Ringling Bros. and Barnum & Bailey Circus, claims the rights to the Greatest Show On Earth moniker used by the circus. The judge actually denied Feld Entertainment’s request for an injunction, deciding that Baby Boulder’s right to free expression outweighs the lack of proof provided by the company that shows how Adolescent Pebble’s use of the name would somehow damage the circus’ reputation.

In light of this judge’s decision, Feld Entertainment is sticking with its guns by continuing its lawsuit against Wee Mineral and Live Nation Entertainment for damages.

In related news, Kid “The Rock” Rock has announced that in December he donated $122,000 from merchandise sales related to his fake Senate campaign to the College Republican National Committee’s CRNC Action drive for voter registration. You may recall how Lil’ Gravel announced his intention to run for Senator of Michigan, his home state, last summer, before eventually claiming that it was all a publicity stunt designed to promote his newest album, Sweet Southern Sugar. Well, now we can all rest easy knowing that some of that money actually made its way to a political cause. Here’s looking at you, Kid.

For now, we guess it’s goodbye to our good, not really sweet or southern subject. Whether or not he decides to eventually use the Greatest Show On Earth name is up to the courts, once again, though this Florida judge’s decision could prove promising for the tour and its discontinued merchandise as well. In the end, we guess there’s only question left: does Young Rubble really put on the Greatest Show On Earth? If the answer is yes, then you best believe we’re stocking up on ice cream for the long journey ahead. Please be sure to keep us in your thoughts.