Kim Kardashian's 'Back to School' Items Are Super-Raunchy

Kim Kardashian has never been one to shy away from conflict when it comes to her merchandise lines. Back in April, Kardashian was under scrutiny for selling weed-themed candles depicting her as the Virgin Mary.

Weed-themed candles are one thing, but you wouldn't expect back-to-school items to be hotbeds of controversy, right? Right?

Critics are slamming Kardashian's "kimoji" back-to-school line because of its overt sexual tones, inappropriate images and more.

Some of the items are fairly tame, like a T-shirt with a wave emoji on it. Others (most others), are a bit over the top, like a pin that says "send nudes," a phone case with middle fingers all over it and a USB phone charger shaped like Kardashian's butt.

And that's really just scraping the surface of the line. 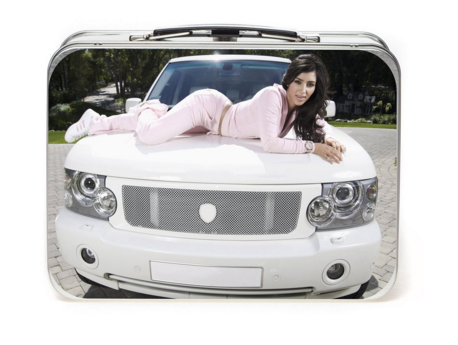 This retro lunch box is seriously one of the only products we could show on this site. | Credit: Kimoji

According to WJLA, however, no one under the age of 18 can purchase the items. But even still, we can't imagine many high schools that would allow seniors to wear a hat that says "Still drunk from yesterday," or a college classroom where one could get away with using a pen depicting the nude (albeit barely censored) Kardashian.

"Sorry honey, I don't want my kids having a butt on their backpack," one parent said, according to WJLA. "And besides that, the pack is ugly."

"These are horrible!" one Twitter user said. "People actually buy this stuff?"