The tragic death of Kobe Bryant sent shockwaves across the whole world. He was one of the most recognizable sports figures of all time, and his legacy goes far beyond the basketball court, where he served as an influence for people young and old.

Last Friday, for the Lakers' home game against the Portland Trail Blazers, every seat in the Staples Center was covered with either a No. 8 or No. 24 Kobe Bryant jersey. 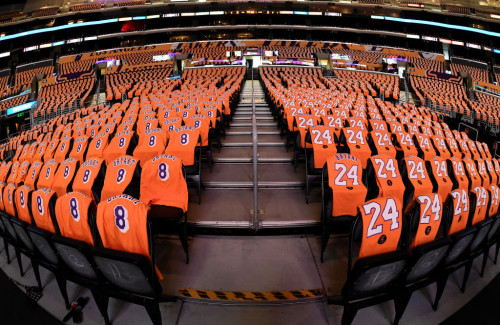 Credit: Getty Images by Harry How

Before the game, there was also a No. 2 Mamba jersey representing Bryant's daughter Gianna, who also passed away in the helicopter crash, next to her father's No. 24 jersey, with both seats decorated with flowers. 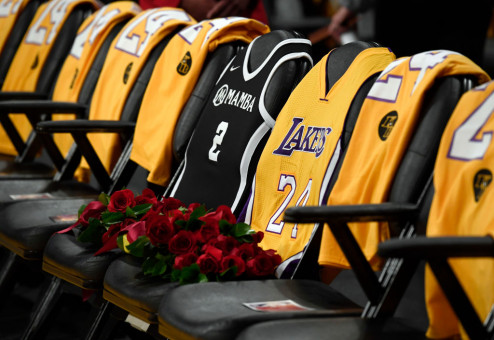 During the actual game, the Lakers also wore a commemorative patch on their jerseys. It was a small, black circle with "KB" in the middle.

The Clippers, who share the Staples Center, did something similar, wearing KB24 patches on their warmup shirts last week.

The LA Clippers will be wearing these warm ups with a KB24 patch in front and a 24 on the back to honor Lakers legend Kobe Bryant. pic.twitter.com/qbmhftKYqK

For a team so indebted to one person's career, the Lakers giving everyone Kobe shirts and commemorating him on their jerseys are fitting memorials. But for someone of Kobe's stature, it might not even be enough to fully celebrate his unprecedented career and stardom.

That's where the internet comes into play.

A Change.org petition to replace Jerry West on the NBA logo already has more than 3 million signatures (and counting). It's something that even West himself seems on board with.

Bryant, on the other hand, was someone who was just fine with the spotlight. And there are few players who could personify the modern NBA better than he could.

The patches and T-shirts might go away, but if the NBA made that switch, it would make for an everlasting tribute to one of the best to ever do it.

NBA commissioner Adam Silver is obviously fine with corporate tie-ins on team uniforms. We'll see how he feels about sentimental tie-ins, too.

'Chipotle Is My Life': Why Chipotle Used a 7-Year-Old Meme for New T-shirts
Comments
The Top Lists